They say change is the only constant, and though we know it’s true, last month we got even more data to prove it. 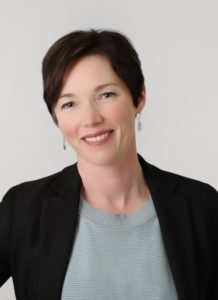 Population changes, often so slow and steady we might not notice them, come with dramatic impacts – which is why the Census population counts released last month are big news. With the exception of Houghton County, all U.P. counties lost population between 2010-2020, with Marquette County’s population down by 1.6%. While the spring 2020 Census launch means it likely didn’t pick up some changes wrought by the pandemic, the data nevertheless reflect a long-standing trend of the shrinking population not just in the U.P., but in rural areas throughout Michigan and the U.S. While population loss might seem surprising in light of Marquette County’s new development and business growth, it’s been predicted for decades. As families with children moved away during economic downturns, and as the Baby Boomer population aged, it became a simple matter of arithmetic that we’d have fewer kids who would, in turn, have fewer kids, affecting our “natural population increase.” So, while Marquette County has grown in years past, that growth came from new residents moving in; and over the last decade, that hasn’t been enough to show growth County-wide. Household growth, however, continues – a product of our aging population and shrinking household sizes, which demand more homes for the same number of people. It’s hard to overstate how much these population changes matter – to our schools and university whose funding is tied to enrollment, to employers that need a workforce, to aging residents that need health care and services, to local governments that need tax revenue to support existing infrastructure, to our political representation in Lansing and Washington, to future business prospects that consider population dynamics before choosing a location. Because it affects nearly every aspect of our region’s future, communities in our region tend to agree that economic development should start with attracting and retaining population, and a workforce – which requires us to invest in our region’s quality of life and place. That means preserving and improving the amenities that families are looking for when they consider settling down or relocating, like schools, health care, recreation – and, crucially, housing. Decisions about these issues can be fraught, bringing debates about new development, tourism, and other changes. Growth can be hard. But what’s harder yet is watching our communities shrink. We might not like additional traffic, but what about shuttered schools, or restaurants closing because they can’t find staff? What about the prospect of watching utility bills and taxes increase because there are fewer residents to bear the costs of them? These trends have played out in rural communities nationwide, creating competition for new residents. That means that to compete economically, we need to create the kinds of places that attract new people and businesses, and to ensure they’re vibrant, healthy, and welcoming to diverse populations. Fortunately, Marquette County is already an attractive option for families and others that are looking to relocate. Last month, the LSCP released its annual Data Book, which tracks changes in population and other indicators. While the population has trended downward, data points reflecting community prosperity, like income and wages, have increased, showing how collective investments in the County have made it a desirable place to live. And, as remote work fuels, a newfound interest in smaller communities, Marquette County and the U.P. have an incredible opportunity to change our historic demographic trends. To capitalize on that opportunity, we need to ensure that our communities are ready for and open to new residents – because change is coming, one way or another. Sarah Lucas, CEO, writes a bi-weekly column for the Mining Journal.
Content